How To Use Sai? The Blunt Force Of Knives

Have you ever heard of a blade that works more like a nightstick? There is one that delivers both a sharp stabbing as well as a sharp swing like a stick. The sai weapon is an ancient Okinawan weapon invented to combat the tyrannous Samurai army and other powerful enemies. Given the way that most 12th century civilians in Okinawa had to defend themselves with innovative non-threatening weapons, there were some smart inventions made. The sai weapon was one of them, a long needle-like straw with two upturned handles for gripping. This weapon was made for stabbing and disarming someone while blocking attack as well. It was widely used in ninjutsu, a fighting technique created by ninjas to combat the growing Samurai threat. You use a sai to protect yourself against murderous attacks and use two in pairs to block incoming assaults.

Contrary to what you might believe, a sai weapon is not the sharpest of all blades. It actually had a blunt edge, but still more sleek than a stick. This shape allows someone to use it to poke or stab someone, and the blunt edge ensures a greater level of pain to be inflicted. On the other hand, it is the bow and arrow shape of the whole weapon that gives greater control. It takes years to master the agility and force of using a sai but the real power comes from mastering two at a time. This is a weapon that works better in pairs and can cause a lot of pain if you know how to use it well.

The Popularity Of The Sai Weapon

Like many of the weapons from the martial arts and kung fu traditions, sai weapon was also popularized by television. In the early 70s and 80s Kung Fu was brought to Hollywood by the great Bruce Lee. His martial arts films sparked a new genre of action films that are popular to this day. The use of many of these martial arts weapons inspired many people to collect or actually learn these techniques.

Then you see these weapons being used in different places, and of course, in another famous phenomenon, Teenage Mutant Ninja Turtles. All across the United States, kids were obsessed with the amazing turtles who were all martial arts masters and had killer moves. The sai blade was the major Raphael weapon that was used by Raph in the TV series. This along with other ninja weapons became household names after their immense success.

Nowadays, you can find the influence of martial arts and ninjutsu in many different places. There are still multiple films being made in the Ninja action genre. In the same league, there is also a crazy fan base for all kinds of martial arts-inspired shows, comics, cartoons, and books. For a long time now, ninjas have been part of pop culture and with these renditions, they are just as relevant now, or perhaps more than they were before.

The Tricks Of Sai Martial Arts

In each of the martial arts principles, weapons play a different role for different scenarios. There are such variations between them that using them in combination or isolation both give different results. As for the sai weapon, the real distinction is defense rather than attack. While something like a ninja sword or star will be used for attack, sai weapons are all about that defense. When learning the correct use of the sai weapon, you need to focus on two things – blocking and disarming.

Firstly, in a situation where you are up against someone with a sword and you feel compromised, you the sai. In an attacking position, you need something that can protect your head and body. The sai has two prongs and a single shaft, all designed to give maximum grip. When confronted with an impending attack; grip the handles with all four fingers, raise the shafts above your face, cross the sai weapon and block the attack. The cross action of the sai is a real shield you will use against any kind of overhead or direct attack.

The second way that the sai can work for you is through disarming. In the case that someone attacks you again, with a sword or a staff, they are aiming to disorient or injure you. The side handles of the sai are handy in this case, where you can tackle an incoming weapon. If someone charges on you with a staff, turn the sai slightly, catch the staff in between the handle and the shaft, and twist. The staff or even sword will get stuck in the handle and then you can yank it out of your opponent’s hand. In the case of the sword, crossing the sai blades and pushing forward is a better technique. For staff or smaller knives, using the handles will yield better results.

Other than aspiring martial arts students, there are a lot of people who like to get these weapons. Mainly, they are used for props in many films and shows and a large number of fans like to collect them. Martial arts weapons are one of the most collected items in the world all over. Their sleek design, unique forms, and even greater functionality make them unforgettable.

The real question is, where does one go to find awesome sai weapons for sale? Many people might think they are quite unique and may not be readily available in the market. You can still look at sports shops that carry them as ninja equipment for training. If you don’t find them there then you can turn to the online weapon stores that have it all. At PA Knives, we cater to a host of weapon enthusiasts with our impressive and vast collection. We specialize in martial arts weapons that are made with high-quality materials but are still affordable. For training, or collection or props, the sai weapons you will find at PA Knives will be unprecedented and worth the money. 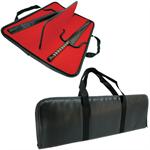