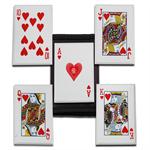 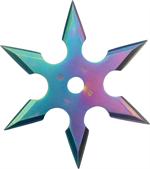 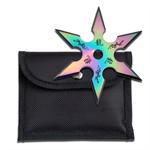 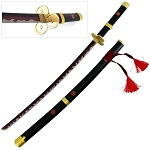 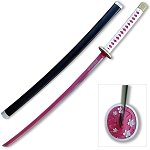 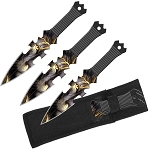 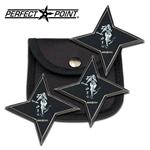 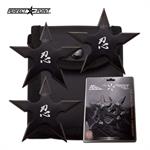 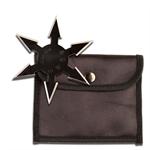 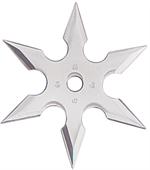 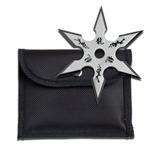 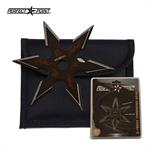 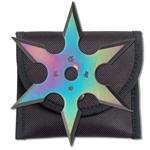 Bring Out the Ninja in You with Ninja Star

Ninja star and shuriken have been a part of history for centuries now and there is a reason why people still use them today. These throwing stars are often associated with ninjas in movies and cartoons for particularly killing your opponent. They, however, used to serve another purpose. Back in the day, a star was never used to kill people. Rather, it was used to distract opponents. After they were distracted, it was up to people to attack them or run from the scene, depending on which option was feasible. If you are also looking for such a weapon to defend yourself, then a ninja star would come in handy. And at PA Knives, you are going to find exciting ninja stars for sale at wholesale price.

Owing to their heavy usage in the past, shuriken has a lot of benefits associated with them. And while most of the earlier time weapons have become obsolete, these real ninja stars are still as popular as ever. The first use of real throwing stars is that you can use them to defend yourself against attacks by unknown opponents. If you live in a place where people walking by are often robbed or mugged by unknown assailants, then it would be a good idea to have these ninja weapons with you. We live in a world where attacks are becoming more and more common every day. To prevent yourself from getting attacked, it would be best to buy some throwing stars for sale and have them with you.

Another one of the major benefits of using shuriken is that you do not have to get close to your enemy to attack him. All you need to do is choose a place where you can see the attacker but your attacker cannot see you. Once you have identified his position, take a good aim and throw it. Unlike most of the self-defense weapons available in the market, you don’t have to get close to your enemy to defeat him. If you are cornered, then getting close to your enemy would prove to be very dangerous. Luckily, with these stars, you never have to go through such a difficult situation. One thing, however, you should keep in mind is that you need an accurate throw.

When it comes to ninja weapons, most of them are quite heavy. It is an exhausting task. And because of that, half of your energy is already gone and you are in no position to attack your opponent. But that would not be the case with shuriken. They give you what every weapon should: portability. Whether in your bag or in your pocket, you can carry them almost anywhere. You don’t even need to worry about the edges hurting you as you cannot accidentally hurt yourself with it.

Back in the old days, one of the primary uses of stars was that they were used in wars. Ninjas had different techniques to use them and all of those techniques were highly effective in either defeating the opponent or distracting him for long enough to be defeated. Though ninja swords were also commonly used, ninjas always had ninja stars to assist them as secondary weapons.

Ninja star was never used to kill people. Rather, it was always considered as a tactical weapon. When ninjas used to throw them with precision and speed, the ninja stars would move so fast that the opponents never even knew what hit them. The main targets of these stars were places that were vulnerable such as arms, legs or face.

With the high quality of ninja stars that you can buy at PA Knives, you would be absolutely safe from every harm that may come in your way. There are multiple types of real ninja stars for sale available at PA Knives and you would love to own each one of them. You can buy black, silver or rainbow-colored ones, depending on your own preference. And don’t worry about the price. You would find absolutely affordable wholesale prices. Defend yourself today with ninja star and shuriken.