Blanks Guns – A Detailed Guide on Uses and Best Types

Blank guns are guns that look real, feel real but do not fire real. Yes, instead of firing bullets or bb the blank guns only produce a large sound similar to that of a gunshot and also release the smoke just like guns do. The blank guns are commonly used in sporting events like horse races, Olympic races and so on. The shot indicates that the race or event has begun. The blank firing feature of these guns makes them completely safe while at home and also these front firing blank guns can be used to protect you and your loved ones. The fire will feel like a real fire to any intruder and they will have to leave as soon as possible.

The 8mm and 9mm blank guns that are the size of real pistols. The short size of these front-firing guns provides for better control and greater precision. Being short in size makes it easier to carry in your bags or around your waist with the help of a belt.

The blank firing revolver is a gun similar to the revolvers. You have the bullet barrel outside the gun which gives these guns a really cool look. Many of you must have seen cowboy type movies. The sheriffs and cowboys all carry revolvers. You must have got the idea of what we are talking about.

Although the front-firing blank guns feature many small pistols the best thing this category has is the UZI automatic guns. The shape of the UZI guns is similar to what the military carries. If you are a military enthusiast then this is one product that you must have.

The full auto blank guns are guns that fire rounds of ammo automatically with a single push. You do not need to trigger every time for a shot, instead, with just one push you will be firing multiple rounds. This automatic feature makes the auto blank guns very popular.

Being stuck in the wilds and being without ammo could be really problematic. With extra ammo and magazines at your disposal, you will never have to face such problems. It is always good to carry extra blank ammo and blank gun magazines.

This replica of the Zoraki is a gun that just everyone wants to have the feel of a real gun. The weight of these guns is almost like real Zoraki. This gun has a silver finish and is also available with a black finish. The gun is 8mm and is capable of firing 8 shots. You can remove the magazine easily and it has a polymer frame. The flame and smoke come through the front of these guns.

The jackal fume finish blank gun is a replica gun of the 92. The gun can be operated in three different modes: auto, semi-auto and safety. It is capable of firing multiple rounds in two seconds. The smoke and flame of this blank gun go out from the end of the barrel. The gun is capable of firing 16 shots, is 9mm and also comes with a hard shell casing.

The Zoraki revolver blank gun is a replica of the real Zoraki. Being a replica gives it a real feel in terms of the weight this blank gun has. The gun is available in different finishes, has a 6 shot barrel, has a zinc alloy frame and the gun includes a cleaning brush and a hard case.

The UZI automatic machine gun belongs to the family of front firing blank guns. Being a replica of the original gives it a real feel. The gun is capable of firing 15 rounds within seconds. The gun can be operated in safety mode, semi-auto mode, and full auto mode. The finish of these guns is black and is accompanied by two magazines, a 15 round, and a 25 round magazine.

The Zoraki M914 blank gun is another replica that just looks and feels real when in hand. The gun can be used in different modes such as fully auto or semi-auto. It is a 9mm gun and is capable of firing 14 rounds. It has a silver finish and a wooden grip. The gun comes with a cleaning rod and a hard shell casing.

Apart from the best blank firing guns mentioned above, you will come across a variety of other products on board that you will love. The guns are available in different mechanisms and different finishes. You can pick any based on your liking.

Uses of the Fake Guns that Look Real

Blank firing guns have many uses apart from the main one that is to kick start events or races. You can use the blank firing guns for your self-defense by scaring any danger off. The guns are also harmless and that is why kids can easily play with them. Other than that the guns can be used for training purposes as they feel like real guns due to the weight they have. You can use the guns to practice your shooting skills.

And last but not least the fake guns that look real can also be used as movie props. Your cosplay attire would be incomplete without a weapon and with the front-firing blank guns, you would be looking like the best in the cosplay party. The weapons can also be used in your drama and movie scenes as they look real but are harmless.

Blank Guns for Sale in Town

You know that with a blank gun you can do a lot like protecting yourself, training, or even just playing around. You also know what each type is good at and what are the best products that you need to look for. It is also important to know what prices the blank guns for sale are available at.

With so many good qualities and features, you may be thinking of their prices to be sky-high. Well, the fact of the matter is that all blank guns for sale are available at cheap prices. You can either buy them for yourself or can buy them in bulk to make a profit, either case the blank guns will always suit you in one way or the other. Check out our collection of blank guns and place your order today to benefit from the discounts available. 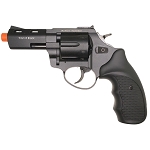 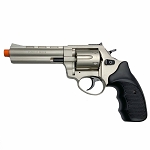